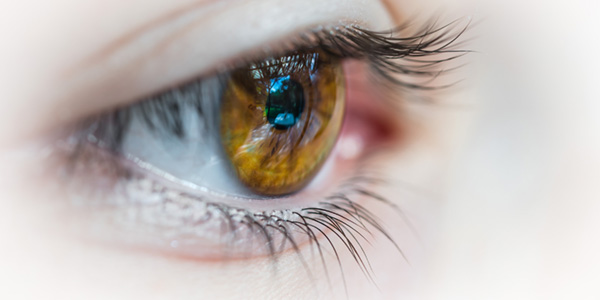 Photo by Patrick Brinksma on Unsplash

Seriously! I'd never experienced anything like this! Just three days after setting foot on American soil and here I was, deep in the woods, feet bound together and a sock in my mouth! A tall bearded man was shouting orders but I couldn't move and I couldn't reply. I was starting to worry that… no, hang on a minute… it's not what you think. We've gone off the rails already.

It was the Eighties. I'd signed up to spend three months working with special needs children in a Connecticut summer camp. Orientation required us to simulate what it felt like to be disabled—to have limited mobility, poor motor skills, impaired vision, loss of hearing, and to be unable to articulate clearly.

"You can't help these children if you can't experience the world they live in," argued the team leader as we tried to eat our lunch wearing boxing gloves.

It made an impression. We got the message.

Harper Lee's Atticus Finch put it another way: "You never really understand a person until you climb into his skin and walk around in it." A truism, for sure, though the thought of someone else walking around in my skin is not an appealing one. There's only just enough room in here for me.

If we could strip UX design of its paraphernalia—the methods and materials, the tools and techniques, the forms and functions, the principles and processes, the jargon— we'd be left with the core attribute, essential for design, of being able to see things through the eyes of another person.

You're thinking this is another article about empathy, aren't you? Well, to the extent that empathy is about sharing and embracing the emotions of others, or mistakenly thinking it's to do with sympathy or pity—then no, it's not.

But, to the extent that empathy is about having a deep understanding of people, their work, roles, environments, problems, motivations, and to the extent that we can consider all of this with what medical and caring professionals call "purposeful detachment"—then yes, it is.

But, rather than getting bogged down in definitions and misunderstandings about what empathy is and isn't about, let's take a pragmatic step back and simply think of this as shifting your perspective to get a better look at the people you're designing for.

Most of us are quite poor at seeing things from another person's point of view. But what if you actually were the user? Wouldn't that be the ultimate shift of perspective? Would it work? How could we pull it off? Are you curious? I hope so because being curious is a prerequisite to experiencing and understanding someone else's world, so let's begin there.

As children we are naturally curious and naturally inventive, but somewhere along the way many of us lose it and go through life as if struck by what Douglas Adams called an acute attack of no curiosity. Thankfully, it can be rekindled.

Begin by boosting your overall sense of curiosity. Curiosity is a mental hunger for novelty and it needs feeding. So think about your "information diet". Find sources of information that aren't Google. Browse bookshops and discover things. While suffering from depression, John Lloyd started picking up books—about anything and everything. His growing curiosity not only led to his recovery, it led to him creating the BBC Two quiz programme, QI.

Next, get curious about people, their lives and their behaviours. Be interested in other people. Ask questions. Be nosy. Start by practicing with people you know. Ask them about their job, what they enjoy or find frustrating, how they got into the work they do, what their goals and ambitions are.

Your goal should be to discover at least one thing you didn't know about a person. Then, if you're feeling bold, try out your new curiosity skills on total strangers, in the coffee shop, on the train or on a flight. Where are they coming from? What's it like living there? What do they do for a living?

"Why don't you just try acting?"

Although it can be difficult to shift one's perspective, some people are actually very good at it.

For example, teachers, nurses, professional carers, aid workers, counselling psychologists, police detectives, novelists, chess players, spies, stage magicians, and even confidence tricksters all depend on being able to see things from the viewpoint of others.

But, best of all are movie actors.

To prepare for his role in Marathon Man, Dustin Hoffman famously deprived himself of sleep for days in order to better play an exhausted, psychologically tormented character, inviting the rebuke from co-star Sir Laurence Olivier, "My dear boy, why don't you just try acting, it's so much easier?"

Other proponents of Method Acting (a technique that involves deep and sustained immersion in character) include Leonardo DiCaprio (who ate raw bison for The Revenant), Jack Nicholson (who reportedly underwent shock therapy for One Flew Over the Cuckoos Nest), Michelle Williams (who tied her knees together to help her walk like Marilyn Monroe—who was, herself, a method actor—for My Week with Marilyn), and Robert De Niro (who got a New York taxi license and a New York taxi and became a real taxi driver for a movie I've forgotten the name of).

Can acting the part of the user help designers get into the character of the user? Here's the thing: method acting is not acting. Method acting is actually being the character. DeNiro did not act at being a taxi driver, he was a taxi driver. DiCaprio didn't pretend to eat raw bison, he really ate it. Companies make wide use of simulations and mockups to recreate offices, homes and kitchens so that the design team can try out their ideas. It can help. But it's not the real thing, and just simulating a role means you're still a designer using your own design.

If we're lucky, UX budgets occasionally allow us to do some "up front" field research. But what we think of as deep dive ethnography usually still manages to keep the designers on the outside looking in, tagging along, observing and taking notes—but still peripheral to the action. It's a bit like trying to experience the world of a baseball player by watching a game from the stands.

So why not go deeper? Why stop at the water's edge? Why not dive in?

When sociology student Sudhir Venkatesh wanted to understand the gang culture of south Chicago, he visited a gang's turf and approached the main gang leader with a survey questionnaire. And he even got to ask the first question: "How does it feel to be black and poor? Very bad, somewhat bad, neither bad nor good, somewhat good, very good." Venkatesh held his breath.

The gang leader took the questionnaire and, browsing the rest of the questions, shook his head. "You ain't going to learn sh*t with this thing. How'd you get to do this if you don't even know who we are, what we're about? You should hang out, get to know what we do, how we do it. You need to understand how young people live on the streets."

So he did. Venkatesh spent seven years living with the Chicago gangs and with poor families, studying how they worked and how they co-existed. Not with a questionnaire, not with a two-hour site visit: he dived right in at the deep end.

The way to see the world through the eyes of someone else is to be someone else. How can you be someone else? Well, how about by being someone else? Not for an hour and (obviously) not for seven years, but for three months, or three weeks, or every weekend. Dive in at the deep end. Forget that you're a designer. Become the target user.

If you're designing a product for fitness fanatics, sign up for a 6 month gym membership. If you're designing a product for a fast food kitchen, work in a kitchen for a month. If you're designing scheduling software for school teachers, become a substitute teacher. An navigation app for pilots? Take flying lessons. Software for farm management? Put your wellies on and do some real field research. A medical device or banking software? Get the client to put you through a training programme, then get as close to the action as they will allow. Not qualified, you say? Client won't allow you to do the work? Nonsense—they already think you're qualified enough to design the system they are planning to use to run their business. All we're asking for is a natural next step into the world of the end user.

So, what's stopping designers from going full-on native in order to better understand the people they are designing for? Convention, that's all. Convention says designers sit in front of computers in offices. Break the convention. Tell your boss you're going to be out of the office for the next three months so you can live in the world of your users. If she asks what you'll be doing, tell her you'll be working on your abs, slinging burgers, flying a Cessna, milking Holstein cows, performing a quadruple heart by-pass OK, maybe not that last one. But you get the idea.

Go on. Do it. I dare you. Forget the questionnaires and the market research reports. You ain't going to learn sh*t with those things.