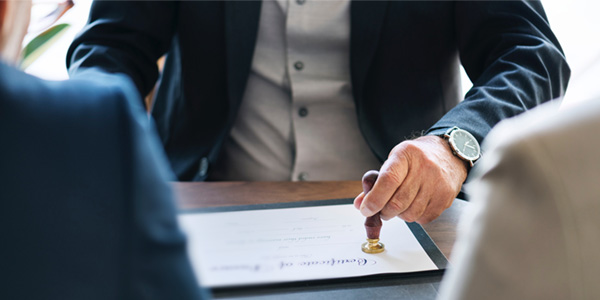 Photo by rawpixel.com on Unsplash

The arguments against certification

I found the “closed shop” argument a persuasive one. Did I want an elite squadron of user experience professionals defining user experience to be the narrow area of work that they did day-to-day? And how would this select cadre decide if someone was suitable to join their club: a multiple choice test couldn’t possibly demonstrate the real-world expertise that people need to carry out user experience work. I was concerned that certification was simply a scheme — some might even say a scam — drawn up by training companies to boost delegates.

Back in July last year, I attended a panel held at the UXPA Annual Conference in London where they discussed this very issue. Nothing I heard changed my mind. In fact, I became more convinced of my view. A comment from one of the panelists at that meeting resonated with me. The panelist said that job candidates who put vendor-based UX certifications on their CV are automatically excluded from interview in his firm — because including the certification demonstrates their lack of knowledge, not its presence.

Since that time, four events changed my mind.

The arguments for certification

Second, I realised that we need more foot soldiers. Without a certification scheme, we fall back on a secret society where only people who have worked in the field for many years know the conventions, language and culture of user experience. This creates a barrier to entry for novices — and simultaneously creates a culture where we laud “rock star” UX designers who know the secret handshake. But right now, looking at the state of product design, UX rock stars aren’t sufficient. If they were, there wouldn’t be so many poor user interfaces around. What the user experience field needs is more foot soldiers: people whose role is simply to convince their project teams to focus on users and their tasks, design iteratively and run usability tests. If more development teams worked that way, we would transform the lives of ordinary people — our users — overnight.

Third, whether or not I think certification is a good idea is irrelevant. The genie is out of the bottle. I run some online courses on UX that have around 6000 students and on a daily basis I receive emails from students asking about certification. I see students discussing the merits of the different vendor-based certification schemes and deciding to take one or other exam. However, as much as I respect the various training organisations that offer these certificates, it can’t be a good idea for the organisation that does the training to also be the organisation that does the certifying. There is an obvious conflict of interest which needs to be addressed, even if the genie is out of the bottle.

The fourth and final part of the jigsaw for me was realising that the argument, “We don’t know what UX is, so how can we certify it?” is nonsense. It’s true that there are many conflicting viewpoints about good practice in user experience. But we have a standard — ISO 9241-210 — that has been debated and assembled by a team of international experts and that sets out the fundamental competencies of our field. Standards, especially International Standards, provide independent and authoritative guidance. The discipline of having to achieve consensus to create an international standard helps moderate some of the wilder claims of user experience enthusiasts and helps ensure that the resulting standard represents good practice.

Towards an independent UX certification scheme

So I’m delighted that since having my road to Damascus moment, I've been working with BCS — a well respected, independent certifying organisation — to create a suitable scheme. Although still in its beta phase, there will be two levels of certification: Foundation and Practitioner.

The Foundation certificate aims to create more foot soldiers who speak the language of user experience. Because the syllabus is based around the ISO 9241-210 standard, we can be sure the certificate encapsulates best practice. To pass, candidates will need to take a 1-hour multiple choice examination. The good news is that you do not need to attend a training course to take the examination because certification has at last been decoupled from training providers.

My hope is that, with a heavyweight organisation like BCS behind it, we may at last end up with a UX certification scheme to be proud of. If you want to obtain the certificate, or train people to take the certificate in UX, you can register your interest in the scheme at the BCS web site.