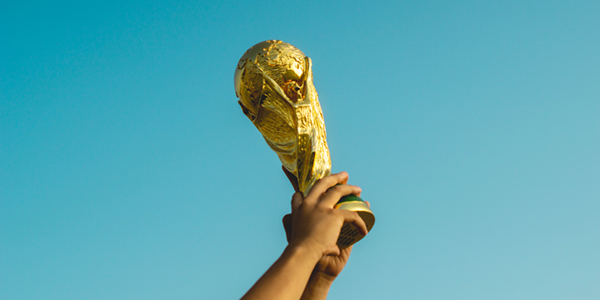 Photo by Fauzan Saari on Unsplash

A few years back, an enterprising usability consulting firm came up with the idea of the "Copernicus Awards". These awards were to be given to companies who put users at the centre of their business.

The award was named after Nicolaus Copernicus (1473-1543), the mathematician and astronomer who questioned the belief that the Earth was the centre of the universe. Instead, Copernicus supported the Heliocentric theory: the fact that the Earth revolves around the Sun.

I thought the "Copernicus Awards" was a neat idea. It made the point that your business is not the centre of the universe: your business instead should be revolving around the needs of your users. Focusing too much on the product is common mistake: development teams nearly always focus on the 'thing' rather than the users of the 'thing'. It's like a rugby scrum where the players are all grappling for the ball but the ball has squirted out of the side of the scrum and no one has noticed.

I'm not sure if the Copernicus Awards fell out of favour or perhaps they were never given. An Internet search turns up nothing about these awards, so I don't think there was a glamorous awards night with black tie, evening gowns and champagne.

But that got me thinking that we should rejuvenate the idea — but with a twist.

Perhaps because I'm somewhat cynical, I think a better approach might be to present awards that shame bad behaviour rather than honour companies for good behaviour. This back-to-front approach is a little like The Razzies, which award the worst movies and the worst actors; or like the Literary Review which bestows the Bad Sex Award on authors who have written an outstandingly poor sex scene in a novel.

My suggestion for the title of the analogous award in user experience is "The Procrustes". It has a nice ring about it, like the Oscars. But unlike the Oscars, a Procrustes is not an award you would want to win.

In Greek mythology, Procrustes was a robber who offered hospitality to passing travellers. He invited people into his house by the side of the road for a pleasant meal and a night's rest. Procrustes' guest bed was unusual: he described it as having the unique property that its length exactly matched the height of the person who choose to sleep in it.

I often see this similar "one-size-fits-all" approach in development teams. It comes in two flavours:

How not to win a Procrustes award

You can avoid a Procrustes award by following some basic principles.

The alternative? Continue to design around untested assumptions and hope that your users will fit your Procrustean bed. It's true that your user may not die as a consequence of incorrect assumptions  but your product probably will.

Nominations for a Procrustes award to @userfocus.

Engaging a representative sample of participants in user research sounds like a good idea but it is flawed. Discover a practical alternative here.