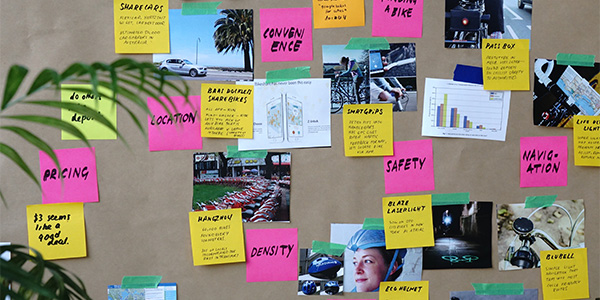 These dimensions of usability come from the International Standard, ISO 9241-11, which defines usability as:

"Extent to which a product can be used by specified users to achieve specified goals with effectiveness, efficiency and satisfaction in a specified context of use."

The ISO definition of usability makes it clear that user satisfaction is just one important dimension of usability. People may be well disposed to a system but fail to complete business-critical tasks with it, or do so in a roundabout way. The three measures of usability — effectiveness, efficiency and satisfaction — are independent (PDF document) and you need to measure all three to get a rounded measure of usability.

A second mistake made by people new to the field of usability is to measure satisfaction by using a questionnaire only (either at the end of the session or on completion of each task). There are many issues to consider when designing a good questionnaire, and few usability questionnaires are up to scratch.

For example, we've known for over 60 years that you need to avoid the "acquiescence bias": the fact that people are more likely to agree with a statement than disagree with it (Cronbach, 1946). This means that you need to balance positively-phrased statements (such as "I found this interface easy to use") with negative ones (such as "I found this interface difficult to navigate"). So it's surprising that two commonly used questionnaires in the field of usability — the Usefulness, Satisfaction, and Ease of use (USE) questionnaire and the Computer System Usability Questionnaire (CSUQ) — suffer from just this problem: every question in both of these questionnaires is positively phrased, which means the results from them are biased towards positive responding.

In our studies, we notice that participants tend to rate an interface highly on a post-test questionnaire even when they fail to complete many of the tasks. I've spoken to enough of my colleagues at conferences and meetings to know that this problem is commonplace. Is this because we are about to give the participant £75 for taking part in a test session or is there something else at work? For example, one group of researchers makes this point:

"In studies such as this one, we have found subjects reluctant to be critical of designs when they are asked to assign a rating to the design. In our usability tests, we see the same phenomenon even when we encourage subjects to be critical. We speculate that the test subjects feel that giving a low rating to a product gives the impression that they are "negative" people, that the ratings reflect negatively on their ability to use computer-based technology, that some of the blame for a product's poor performance falls on them, or that they don't want to hurt the feelings of the person conducting the test." - Wiklund et al (1992).

Once you ask participants to assign a number to their experience, their experience suddenly becomes better than it actually was. We need some way of controlling this tendency.

There are alternatives to measuring satisfaction with a questionnaire. A few years back, researchers at Microsoft developed the "Desirability Toolkit" (Word document). This comprised a series of 118 "product reaction cards", containing words like "Consistent", "Sophisticated" and "Useful". On completion of a usability test, participants were asked to sort through the cards and select the five cards that most closely matched their personal reactions to the system they had just used.

The five selected cards then became the basis of a post-test guided interview. For example, the interviewer would pick one of the cards chosen by the participant and say, "I see that one of the cards you selected was 'Consistent'. Tell me what was behind your choice of that word".

I've used this approach in several usability studies and what has struck me is the fact that it helps elicit negative comments from participants. This methodology seems to give participants "permission" to be critical of the system. Not only do participants choose negative as well as positive adjectives, they may also place a "negative" spin on an otherwise "positive" adjective. For example, "Sophisticated" at first sounds positive but I have had participants choose this item to mean, "It's a bit too sophisticated for my tastes".

Asking people to sort through a set of product reaction cards adds a level of complexity to the implementation that's not really necessary. In our studies, we now use a simple paper checklist of adjectives. We first ask people to read through the words and select as many as they like that they think apply to the interface. We then ask the participant to circle just 5 adjectives from those chosen, and these adjectives become the basis of the post-test guided interview.

The precise adjectives are not set in stone — remember this is a technique to help participants categorise their reactions to an interface that you then explore in more depth in the post-test guided interview. This means that, for a particular study, you should replace some of the words with others that may be more relevant. For example, if we were usability testing a web site for a client whose brand values are "Fun, Value for Money, Quality and Innovation", we would replace four of the existing adjectives with those. (This makes for an interesting discussion with the client when participants don't select those terms. It gets even more interesting if participants choose antonyms to the brand values, such as "Boring", "Expensive", "Inferior" and "Traditional"). This is similar to Brand Tags: whatever people say a brand is, is what it is.

How to analyse the data

The real benefit of this approach is in the way it uncovers participant reactions and attitudes. You get a depth of understanding and an authenticity in participants' reactions that just can't be achieved with traditional questionnaires and surveys. So this approach is ideal as a qualitative approach to guide an interview.

But you can also derive metrics from these data. Here's how.

The simplest measure is to count up the number of times a word was chosen by participants. In our studies, we find that we get a fair amount of consistency in the words chosen. For example, Figure 1 shows a word cloud from the results we obtained from a recent 12-participant usability test.

Figure 1: Example word cloud. The larger the font size and the greater the contrast, the more frequently participants selected the adjective.

Participants could choose from a corpus of 103 words but some words were selected more often (such as "Easy to use", which was selected by half the participants). The font size of each item in the word cloud is directly proportional to the number of times the adjective was selected (the Figure also shows less frequently selected adjectives in lower contrast text). If you don't feel comfortable hacking Word to create a word cloud, use the excellent Wordle, a web site that will make these word clouds for you and provides lots of control over the font used and the placement of text.

If you would like to try out this method in one of your own studies, we've developed an Excel spreadsheet that you can use to generate and randomise the word list. (Randomisation of the list prevents order effects). The spreadsheet also contains a worksheet that lets you analyse the data and generate a word cloud. We do this by using an advanced feature in Wordle. (It bothers us that Wordle applies colours randomly. We want the colour to convey information like the text size does, as in Figure 1 above. So we used some Excel tomfoolery to generate colour information for Wordle. This way, the most popular adjectives are also the darkest and the less popular comments fade into the distance). The Excel file contains macros; you can disable the macros if you want and still print the word list, but you'll lose the randomisation and analysis functionality. I hope you find it useful to start collecting more in-depth measures of user satisfaction.

By the way, if you find this spreadsheet useful then you'll love our Usability Test Plan Toolkit. The word list is just one of 6 appendices in the Test Plan Toolkit, which has everything you need to conduct your next usability test.

Thanks to Miles Hunter for developing the idea of the Excel spreadsheet and for the Wordle tomfoolery.

This eBook contains all you need to make sure that you're fully prepared for your next usability test. Usability test plan toolkit.